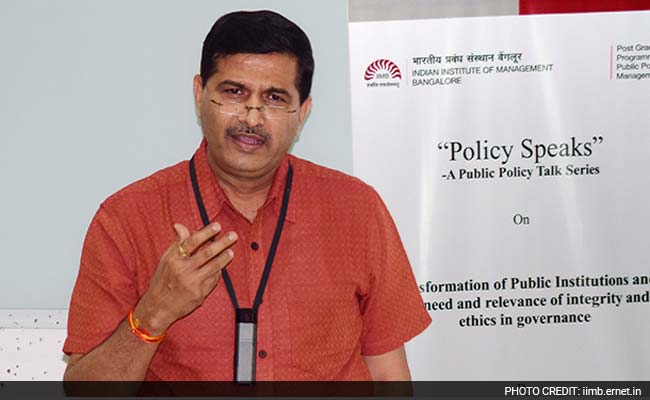 The accumulated deficit in upkeep of infrastructure due to “decades of neglect” is taking a toll on the Indian Railways, chairman of the Railway Board Ashwani Lohani has said, referring to an accident in Uttar Pradesh on Friday.

In a Facebook post last night, Mr Lohani, who had rushed to the accident site at Manikpur in Chitrakoot district, said an action plan needs to be put in place to address the problem.

“The accident at Manikpur is a cause for concern. Huge accumulated deficit in upkeep of infrastructure arising out of decades of neglect is taking its toll. Consolidation has to take priority over growth and an action plan has to emerge very shortly,” he wrote.

He said the country was looking up to the railways to set its house in order but the fact remains that it would take its time and may also extract its price, “a price that would have to be paid either way”.

Four train accidents in less than 12 hours in Uttar Pradesh and Odisha killed seven people and injured at least 11 on November 23-24.

The accident near Manikpur occurred at 4.18am on Friday when 13 coaches of the Vasco Da Gama-Patna Express, on its way from Goa to Patna, derailed, killing three people, including a six-year-old boy and his father, and injuring nine. Four more were killed and two injured in three other train accidents.

“That there are no free lunches is a realisation that needs to sink in inside every railway employee, the over 13 lakh of them. Yet, the inherent strength of the system and its constituents is what keeps me going. May god give us the strength to deliver what is expected of us and the entire team to live up to the expectations of the nation,” Mr Lohani said.

Railway Minister Piyush Goyal has ordered an inquiry into the accident. He has made it clear that his priority now is to replace old tracks, rather than lay new ones.