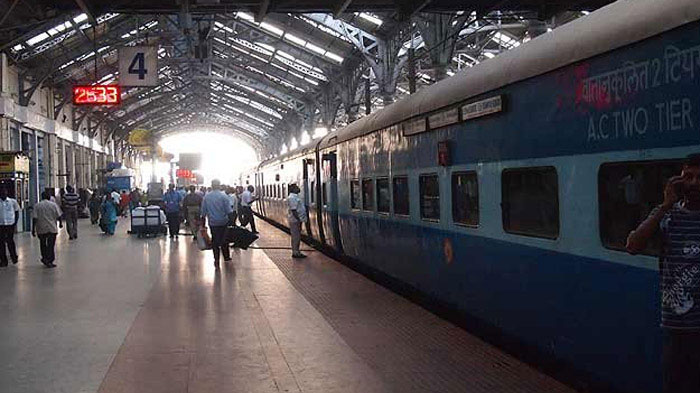 Twenty-five per cent of the crew members running Indian Railways are not picked according to rules, according to official data, prompting the transport behemoth to ask railway zones to adhere to norms.

The zones have to choose their crew from the Crew Management System (CMS) of Railways which has a database of 89,000 crew members and provides information about their status and availability for train operations, be it freight or passengers.

The railway board in a directive said that while on an average, 75 per cent of the crew are chosen by zones according to rule, it was still below satisfactory.

In the letter, the board has “expressed concern” that train drivers, assistant drivers, guards who form the basic functioning team responsible for train operations are not booked by zones according to rules mandated by the public transporter.

The CMS system provides two options of choosing crew members – the ‘fetch crew as per rule’ option and the ‘fetch all’ option.

Under the ‘as per rule’ option, zones are supposed to book crew who meet certain criterion – those who are not due for a periodical medical examination (PME), or due for transport refresher, are fit for the section, have road learning, have competency to work loco and are rested.

For the ‘fetch all’ option, the crew needs to meet just two parameters – they should not be due for medical examination and should have completed a transport refresher.

“The board feels that any crew member who is part of railway operations be it freight or coaching should be in optimum condition, both health wise and in expertise.

“So, he should tick all the boxes under the ‘fetch as per rule’ option. With safety of passengers being priority, the board feels that this cannot be compromised with,” a senior official said.

While on an average 75 per cent of such crew members have been picked under the ‘fetch crew as per rule’ option in 2017 across zones, the average has fallen in certain zones like South Eastern Railway has booked only 56 per cent under the rule, East Coast Railway has chosen 61 per cent and Central railways only 66 per cent.

This, the board has said, is ‘below satisfactory’.

However, compared to last year, the zones have in fact shown improvement in booking crew as per rule.

“Board desires that zonal railways shall make all efforts to book crew as per rule in the CMS,” the letter sent out last month has said.