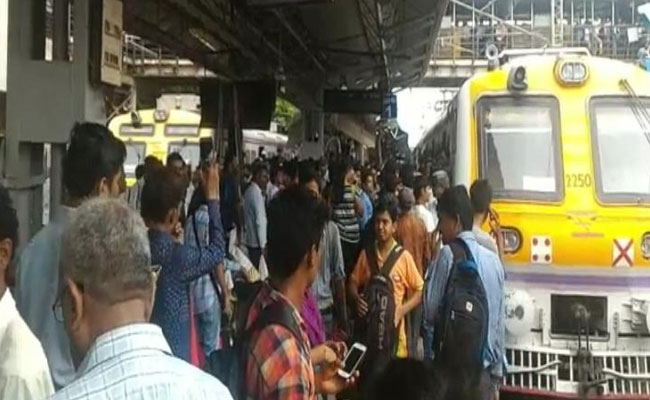 The Bombay High Court today threatened to halt the disbursement of salaries of the staff concerned of the BMC and the Central Railways over their failure to construct a new foot overbridge (FOB) in place of the now demolished Hancock Bridge.

A bench of Chief Justice Manjula Chellur and Justice M S Sonak said it was surprised that even though thousands of pedestrians risked their lives every day by crossing over the railway tracks in the absence of an alternative, the authorities chose to “turn a blind eye” to the problem.

The bench came down heavily on the authorities concerned for ignoring the plight of the common man.

“How can you be blind and deaf to the plight of the common man? You cannot just come to court and tell us that it is impossible to construct a new bridge at the spot.

“Your job is not just to identify the problem, it is also to come up with solutions,” the bench observed. “If you fail to act now, this court will be forced to pass an order to stop your salaries. Then, even if you go
challenge my order, at least you will realise how serious this court is about the issue,” it said.

The observations came while the high court was hearing a public interest litigation (PIL) petition filed by a city resident, highlighting the rise in the instances of accidents and deaths of pedestrians and the plight of rail passengers, who were forced to walk across the tracks at Sandhurst Road in the absence of an alternate bridge.

As per the plea, ever since the Hancock Bridge was demolished in November 2015, pedestrians and suburban rail commuters have had no option but cross the tracks between the Sandhurst Road and Byculla stations to reach either side.

The 136-year-old bridge was demolished as its height restricted the speed of the trains passing under it.

Earlier this year, following a site inspection and joint meeting between the railways and the Brihanmumbai Municipal Corporation (BMC), the former had submitted that it was not feasible to construct a new bridge at the proposed spot because a water pipeline ran very close to it.

The court, however, had insisted that the authorities sought a second opinion and took the help of experts for making a last attempt to come up with a feasible plan.

The BMC had then told the high court that while it was ready to fund the construction of a new FoB and provide the land for the same, the railways was still reluctant to take up the construction work.

The railways, in turn, had said constructing a bridge at the site was not possible since an adequate landing space was not available for the same.

The bench, however, dismissed the submission and said the authorities must put their heads together and come up with a solution by November 22, the next date of hearing.

It said the authorities could not let the thousands of school-going children and senior citizens, who cross over the tracks in the area every day, to continue risking their lives.

“Imagine that it is your own child or your own parent who has to cross over the tracks to reach from one side to another. And then think of a solution,” the bench said to the BMC and railways officials.