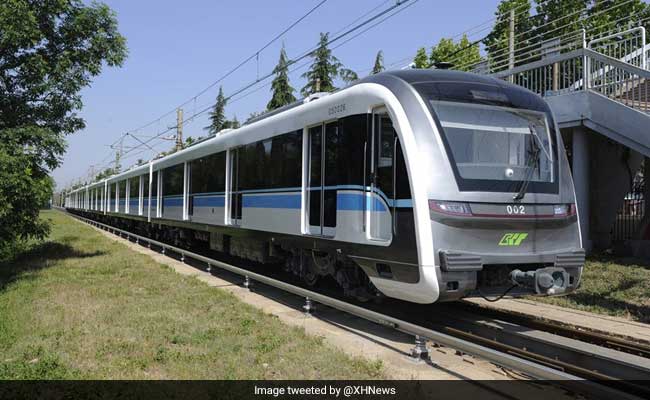 China’s first subway train, designed especially for mountainous regions with a capacity of over 2,000 passengers, has been delivered, the country’s rail-car maker said today.

The six-car train will run on Line 5 in Chongqing Municipality in southwest China.

Chongqing is a city of hills. The deepest section of the Line 5 subway is about 70 meters underground, making it the deepest metro line in China.

The train, with a carrying capacity of 2,322 passengers, can run at a maximum speed of 100 km per hour. The producer said it has contracted to make 39 such trains for Chongqing, state-run Xinhua news agency reported.

It has a 50 per cent better slope performance than the conventional trains.

Many of its products have special functions, for example, those adapting to extreme cold and high altitude or environmentally friendly hydrogen-powered engines.