Chairman/Railway Board assures to retain Heritage character of DHR 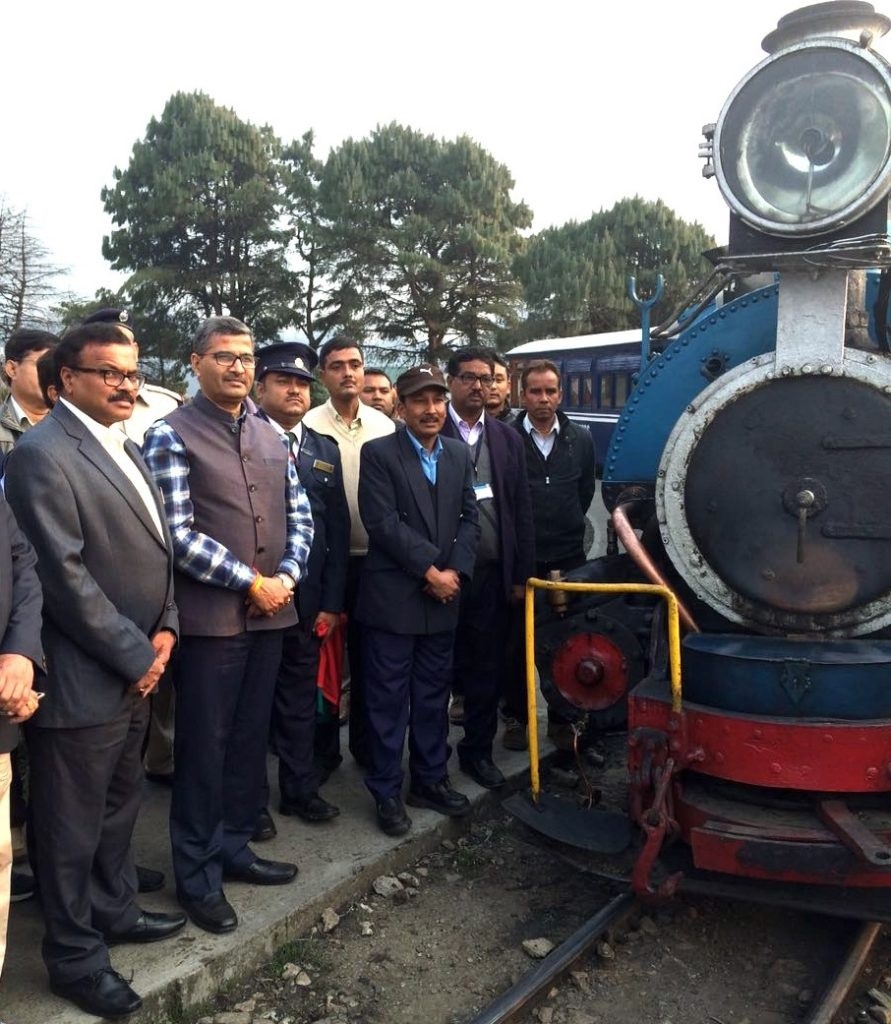 The Railway Board Chairman, Ashwini Lohani has assured of preservation of the heritage character while restoring Darjeeling Himalayan Railway (DHR) that is included in the UNESCO World Heritage list.

Lohani today visited the UNESCO World Heritage Railway to take stock of the ground realities of the famous hill railway and railway’s efforts to make it sustainable. Soon after arriving at New Jalpaiguri, Lohani started his inspection of the entire narrow gauge section from New Jalpaiguri to Darjeeling on a special train. He has visited Tindharia workshop, Kurseong station and Loco shed, Ghum station and museum and Darjeeling Station and Loco Shed.

Lohani said that all restoration works in Darjeeling Himalyan Railway would be done by preserving the heritage character of the hill railway. In order to bring a heritage, feel, he ordered that all DHR staff be dressed in the original uniform being worn in early pre-Independence days.

He assured that he would look into the possibility of reduction of fares in the narrow-gauge hill railway to make it more economical and added that second-class coach service would be started to make the journey on the train more accessible for general public.

He inspected Tindharia workshop and ordered for a facelift of the workshop to be completed by 1st April this year. He also said that Senior Supervisors working in DHR would be sent for foreign training to make them aware of the superior standards being practised in maintenance and operation of narrow-gauge railways abroad. He instructed that two rail buses be made in the workshop within next six months.

In a significant decision, Shri Lohani stated that all 14 steam engines, which are the primary USP of the Hill railway, would be revived. He also said that, air-brake modification of steam engine to be done to increase efficiency and reduce manpower requirement. It may be mentioned here that railways have already entered into a MoU with Heavy Engineering Corporation for design, fabrication/manufacture and supply of spares for the steam locomotives in DHR.

Inspecting the museum at Ghum, Lohani appreciated railways effort to showcase the heritage of the hills railway for the benefit of the visiting tourists and enthusiasts.