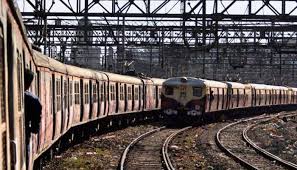 The Central Railway (CR) has decided to hire clean-up marshals to curb littering and spitting at train stations in the metropolis.

The move comes after none of the stations under CR or Western Railway (WR) in Mumbai featured in the top 10 cleanest railway station list.

The list, released a few days ago, was outcome of a nationwide cleanliness survey that covered 407 stations.

The clean-up marshals will recover fine from passengers found littering the stations and ensure the premises are kept clean.

“We have sought the Railway Board’s permission to allow us to deploy personnel whom we can authorise to levy penalty on those who dirty railway premises,” a senior CR official of Mumbai division said.

These personnel will be outsourced and will not be Railway employees, he said.

“Existing rules permit only station masters and staff of Commercial Department (of Railways) to fine offenders. As we have limited number of commercial staff, we are not in a position to engage them for anti-littering exercise,” the official said.

The WR has already approached the Railway Board for appointing clean-up marshals, said its chief PRO Ravinder Bhakar.

Another senior official of CR’s Commercial Department said even the Railway Protection Force (RPF) jawans do not have powers to take action against those found littering station premises.

Meanwhile, Rajiv Singal of Divisional Railway Users Consultative Committee (DRUCC), a body set up by the Railways to address commuter issues, said there is no harm in having clean-up marshals.

“The idea sounds good and there is no harm in trying it. But it would require effective implementation,” he said.

A former DRUCC member, T N Dubey, said an awareness campaign will be more effective in curbing littering at stations than to have clean-up marshals.