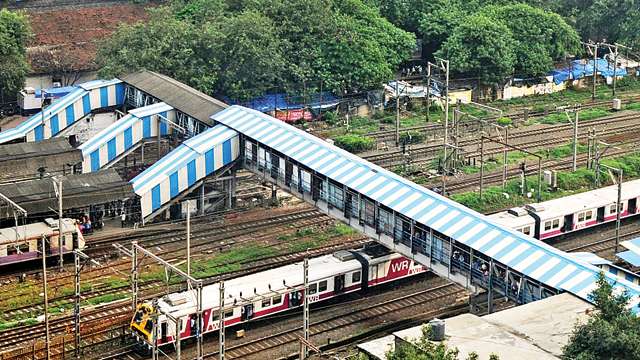 At the first meeting of a multi-disciplinary committee headed by state education minister Vinod Tawde on September 30 after the stampede at Elphinstone Road station, core issues that affect railway commuters in the city were discussed. At a meeting held on October 16, the officials from the Indian Railways and Brihanmumbai Municipal Corporation (BMC) agreed that 29 new culverts and drainage lines will be created along the Central Railway (CR).

“We will start work on creating new culverts in the next few days after calling for tenders. The BMC will provide Rs 55 crore for this work,” said SK Jain, Divisional Railway Manager (Mumbai), Central Railway.

To begin the process, the Railways will carry out micro-tunneling, which will require them to go 3 meters underground. The BMC has been asked to remove encroachments that could obstruct the work. The existing culverts too would be cleaned up apart from creating new drains.

After severe-water logging on August 29, the CR authorities identified new critical spots which needed culverts along the railway line. The Railways as well as the BMC were severely criticised after the water level on the tracks had risen to such a high level that the trains on both Central and Western had come to a standstill.

Some of the 15 culverts that have been identified will be created at Kurla, Masjid, Sion, Vikhroli, Ghatkopar and Mulund to name a few. The CR officials are also in touch with civic bodies of Thane and Navi Mumbai for creating additional culverts, which will be part of phase 2. Sources said that they also took reference from the BRIMSTOWAD project that was prepared after the July 2005 deluge in Mumbai.

The CR officials said that the BMC is looking for locations along the rail tracks where garbage bins can be provided to make it easier for the Railways to carry garbage dumped along the tracks.