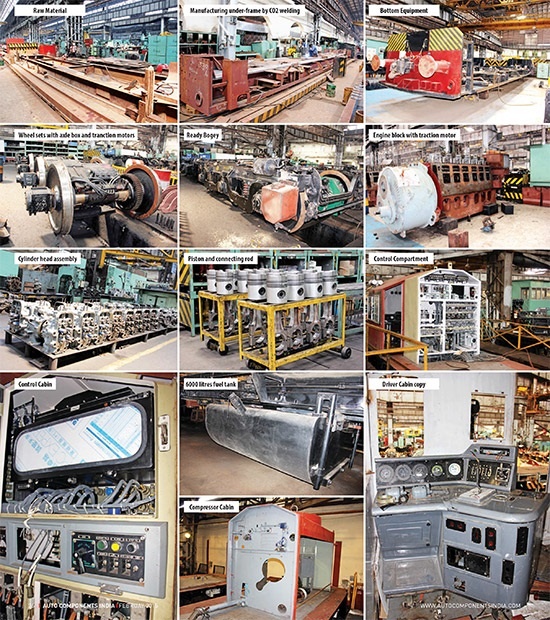 Work on one of the most ambitious projects, of building a mega outstation rail terminal at Parel that will change the face of the city, has gathered momentum after budget announcement with the first step taken – Central Railway has an issued letter to the Railway Board for the closure of the 139-year-old Parel workshop with an elaborate action plan to shift its activities elsewhere.

With Mumbai CSMT saturated and LTT station too out of the way for passengers on the Western Railway, CR’s idea to build a mega outstation train terminus complex at Parel in South Mumbai, at the site of the existing workshop, had received a boost in this year’s budget with fund allocation of Rs.193 crore. In the letter issued to the Railway Board a fortnight ago, CR has discussed in detail how the activities at Parel workshop could be distributed to other workshops before shutting it down.

Originally, it was at Parel workshop that work on the maintenance of the new LHB coaches was proposed at a cost of Rs.88.14 crore; now kept on hold, and given the inadequate space at Matunga, the work is likely to be shifted to Nagpur. The work of maintaining the heavy 149-ton crane, diesel engines and accident relief and tower cars could be taken up at Ajmer, and the manufacturing of narrow-gauge locomotives that Parel used to do will be taken up at Kurduwadi, with the proposed work of maintenance of wagons at Kurduwadi shifted to Badnera. The new terminus at Parel will not only have passenger platforms, but also a huge maintenance yard for trains. It will be linked with the new fifth and sixth lines between Kurla and Parel, work on which is on. This is in addition to the work on Parel local train terminus, which too is underway.

ndian Railways that carry around 12 million passengers every day has grown by leaps and bounds over the last 160 years. Indian Railways, which had a modest beginning in 1853, has since then been an integral part of the nation, making the country proud of manufacturing all the engines and coaches locally. To understand the activities taking place in Central Railway’s Locomotive Workshop at Parel in Mumbai, RailNews visited the work spot recently; it took nearly 4 hours to cover the workshop and understand the activities taking place there.

The Parel workshop, one of India’s oldest railway workshops, diversified over the years, and, at present, is also carrying out the repair and overhauling of diesel locomotives, diesel cranes and rehabilitation of mainline coaches. It also manufactures many components for diesel locos, carriages and wagon. The workshop successfully manufactured narrow-gauge locos for the Neral-Matheran section and the Kalka-Simla section.

Normally, each workshop is specialised in any one area – either coach building or engine manufacturing or refurbishing of engines and coaches. But the Parel workshop currently manufactures and overhauls broad and narrow gauge locomotives, carries out refurbishing and overhaul of coaches and 140 tonne accident relief cranes as well.

The Parel Locomotive Workshop, established in 1879 as a steam locomotive repair unit, has now diversified and started manufacturing shunting type locomotives from 2007 by supplying it to Steel Authority of India Limited for their entire in-campus requirements.

Later, it bagged orders from major power plants, ports, rail yards and logistics providers across the country and received orders for more than 190 locomotives. Till date, it has manufactured 155 shunting locomotives to become the largest manufacturer of such locos in India.

The entire engine and the driver cabin are fitted over the under-frame. The under frame is manufactured with the help of high grade steel structure and joined by CO2 welding. CO2 welding is preferred in manufacturing locomotives since the weld metal will not be affected by oxygen and nitrogen in the atmosphere. After welding, the deposition efficiency is high and slag formation little, which makes it unnecessary to remove the slag after each cycle; this is the main reason why CO2 welding is preferred for underframe construction. After manufacturing the under-frame, the entire unit is transferred to the assembly line where other major components are fitted in.

Bogies are considered the main part of a locomotive, as the wheel sets with the axle box and traction motors and suspensions are fixed in. Each locomotive has 24 primary suspensions, 16 secondary suspensions and 8 vertical shock absorbers. The wheels and axles sourced from the Bonatrans Group are checked for nomenclature and finally painted and polished before going into the assembly line. Normally, all the trains run on steel wheels to bear the entire weight and reduce rolling friction. Once the wheel sets come into the assembly line, the axle box and traction motors are fitted. Each bogey has 6 sets of wheels, with individual traction motors and axle boxes. Each of its 6 wheel sets or 12 individual wheels drive the locomotive. But these massive 21 tonne bogies are not rigidly fixed to the frame of the loco; it has been constructed as body-onframe chassis.