Caught On CCTV: In Miracle, Mumbai Teen Run Over By Train Survives 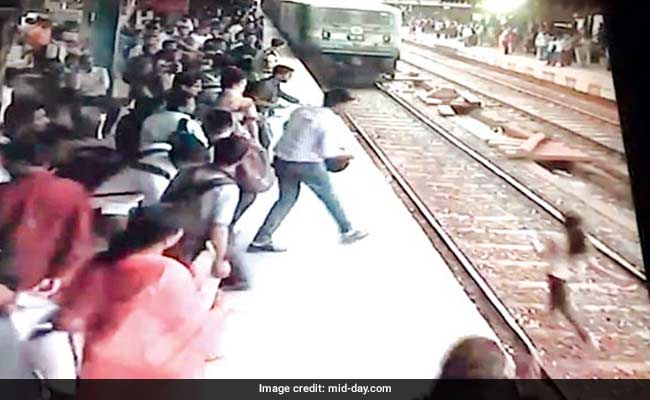 As miracles go, this one is right up there. For the people standing on platform 7 of Kurla railway station on May 13, a 19-year-old girl coming under a goods train was a sight that nightmares are made of. Imagine their relief when she was brought out from under the train, with nothing more than an injury near her left eye.
The entire nerve-wracking incident was captured on the CCTV camera installed at the platform.
Crossing the tracks

Bhandup resident Pratiksha Natekar had gone to meet a friend in Kurla on May 13. While she was returning around 11 am, she was crossing the tracks to get to platform 7, with her earphones plugged in. According to the Kurla railway police, Natekar was speaking to a friend over the phone while walking on the tracks towards platform 7, which is a loop-line (on which trains run in both directions).

“As she was busy over the phone, she didn’t hear a goods train thundering down the tracks. When she suddenly looked up the train had already reached her. She panicked and ran first towards the platform and then straight into the train,” said senior police inspector Ashok Bhorade from Kurla Government Railway Police.

Pulled out safe and sound

The train knocked her down and ran over her. By the time the motorman could hit the brakes, the first wagon had passed over her.

Shocked commuters standing at the platform were sure the girl had died, but when they peered under the wheels, they found her safe and sound and pulled her out to safety. She didn’t have any serious external wounds and was taken to Rajawadi Hospital by the Kurla GRP personnel.