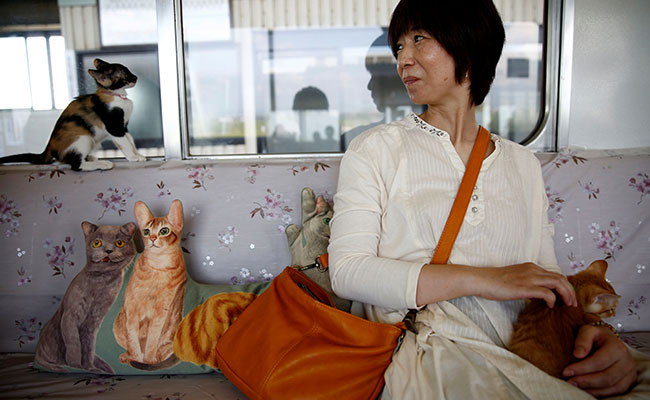 A Japanese civic group teamed up with a railway operator on Sunday to let some 30 cats roam on a local train at an event, hoping it will raise awareness of the culling of stray cats.

Passengers on a local train in Ogaki, in central Japan, were greeted by meowing companions on a moving train, where some passengers mingled with the felines while others enjoyed lunch.

“I think it’s great more people are aware about stray kittens through events like this,” said Mikiko Hayashi, a passenger from western Japan, who owns two cats that were strays. The event was hosted by Yoro Railway Co Ltd and a non-governmental organisation called Kitten Cafe Sanctuary.