Car Breaks Through Barrier. Then, Near Miss With Train

Aug 16, 2017 Posted by Indian Railways Updates Indian Raliways News Comments Off on Car Breaks Through Barrier. Then, Near Miss With Train 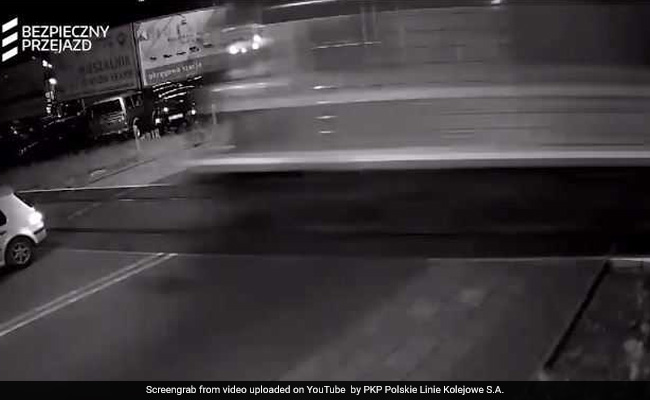 In a warning to drivers to stay vigilant around railway crossings, the state railway company of Poland has released terrifying footage of a car’s near brush with tragedy.

In surveillance video recorded last week in Koszalin, North Poland, a car crashed through a closed railway barrier and drove across the tracks, apparently oblivious to the fact that a speeding train was heading their way. The car manages to cross the tracks but the train hits its tail light leaving the rear side badly damaged due to the impact, as seen in footage taken from another angle.

The driver was accompanied by three passengers who luckily escaped unharmed. The seemingly distraught passengers could be seen rushing out of the car after the incident.