Budget 2018: When, Where And How To Watch Live Streaming Online

Feb 1, 2018 Posted by Indian Railways Updates Indian Raliways News Comments Off on Budget 2018: When, Where And How To Watch Live Streaming Online 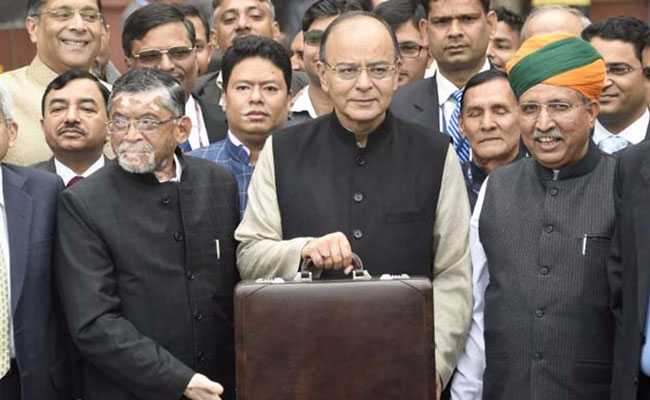 Finance Minister Arun Jaitley will present the Union Budget 2018-19 in the Parliament on February 1, Thursday. Just like last year, railway budget will also be presented along with the union budget. This year’s budget session is crucial as it would be the first union budget to be presented under the Goods and Services Tax (GST) regime. This will also be Narendra Modi government’s fifth and last full-fledged budget presentation before the 2019 Lok Sabha polls. Here’s where and when you can watch the Budget presentation:

Viewers can watch the LIVE webcast of the Union Budget 2018-19, pre and post budget analysis on NDTV here: https://www.ndtv.com/video/live/channel/ndtv24x7

For LIVE Telecast, tune in to news channel NDTV 24X7.

When To Watch Union Budget?

Finance Minister Arun Jaitley will present the Budget speech at 11 am in the Parliament.
When will the Budget Session End?

The first phase of union budget session began on January 29 and will continue till February 9. The second session will be from March 5 to April 6. In between the two sessions, there will be a recess so that the budgetary proposals can be cleared by the standing committees.

Ahead of the budget presentation, the Economic Survey was tabled in both houses of the Parliament on Monday by Mr Jaitley. The Economic Survey said that India’s economy is “picking up quite nicely”, and will expand by 7-7.5 per cent in 2018-19 to again become the world’s fastest growing major economy. In an earlier interview, Mr Jaitley had made clear that agriculture sector will be the Budget 2018’s top priority. “Ensuring the benefits reach the agri-sector and growth is visible, this is among the priority areas for us,” Mr Jaitley had said.

Eyes will be set on Mr Jaitley’s briefcase and what comes out from it for Union Budget 2018-19.