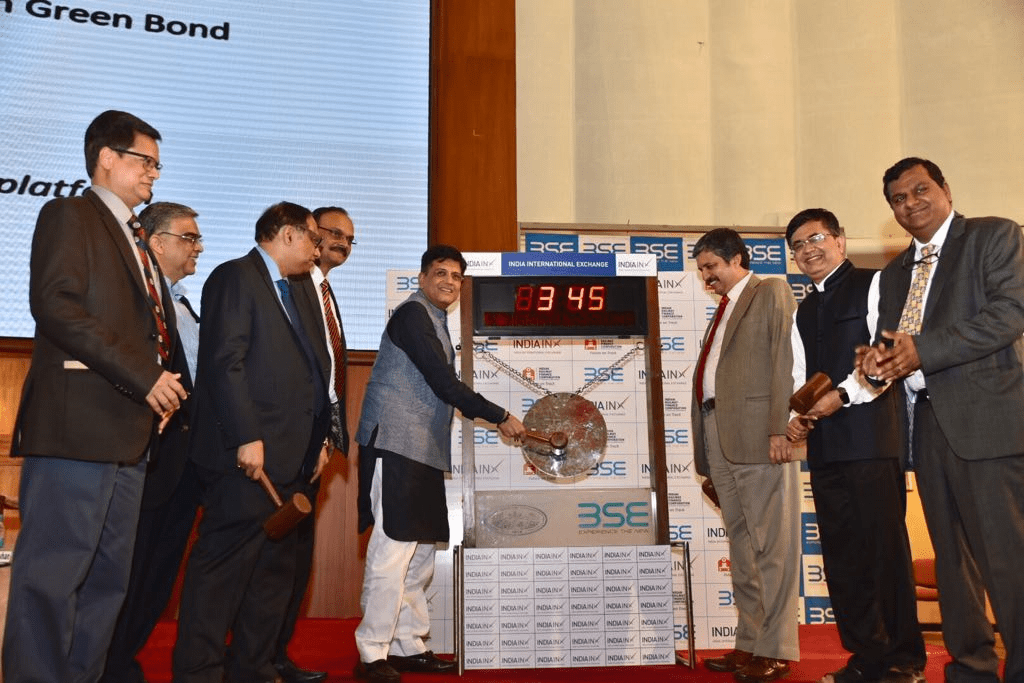 The bonds issued by Indian Railways Finance Corporation (IRFC) are one of the highest credit rated bonds issued by an Indian corporate and has been IRFC’s first foray into the Green Bond market.

On the occasion of listing the bond, Railways Minister Piyush Goyal said on Saturday, in the days to come, IRFC is going to expand its footprint into the newer lines of business and will be able to use its Minimum Alternate Tax better.

Aiming to fund rail expenditure through asset monetisation, railway minister said that he would be “satisfied” with any amount of capital allocation to the transport behemoth in the upcoming budget. Without giving details on the budget allocation for railways, Goyal told reporters in Mumbai that he is “satisfied with whatever has been proposed (in the budget). Frankly, I may not even need all of that as we have aggressive plans on monetising some of the (Railways) assets,” he said.

The railway budget was merged with the general budget last year. The minister said his government is planning to change some of the existing guidelines on monetising land and station assets as well as contemplating on extending the lease period from 45 years to 99 years, among others.

Speaking on the sidelines of a BSE event, he also noted that after extensive stakeholder deliberations “there is a lot of excitement among them to get involved”. “One concern developers had was regarding the approval process, so we are bringing in new guidelines to penalise ourselves (the Railways) for every day of delay in giving approvals,” Goyal said.

He said the move will help build confidence among the promoters and maximise the value of the railways and therefore not make the public sector unit “dependent on the union budget”. Asked about plans to list the Indian Railways Finance Corporation (IRFC), Goyal said the public sector enterprise is looking to expand its footprint in days to come into newer line of business which would help improve its valuation.

“Therefore, some of those timelines I have allowed to be delayed till the final business plans are made and finalised with Ministry of Finance and Ministry of Corporate Affairs…certain other concessions we require,” Goyal said. IRFC is a unit of the Indian Railways that helps raise financing for various other units of the transport PSU.