With the launching of the steel girders by cantilever erection method, the engineers of Indian Railways have demonstrated very meticulous planning and execution. 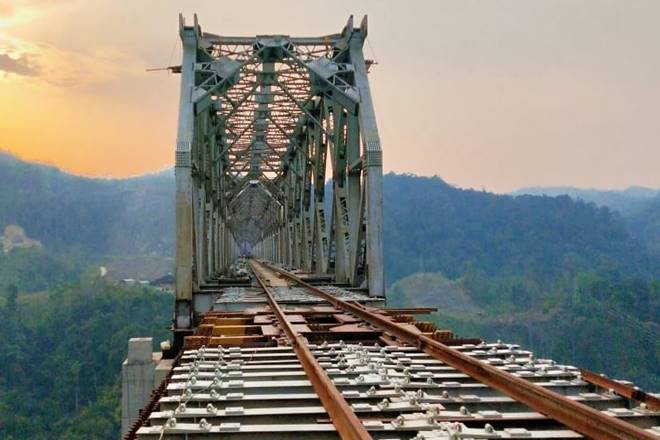 With the launching of the steel girders by cantilever erection method, the engineers of Indian Railways have demonstrated very meticulous planning and execution, the national transporter claimed. According to the Northeast Frontier Railway zone, due to anti-social elements activities, the security of railway officials as well as the staff of construction companies was a big challenge. Thus, to cater to this issue, CPRF, as well as Manipur Rifles companies, have been deployed at both ends of bridge number 44.

Moreover, to provide security and safety to the construction work of bridge number 44 along with other locations of the Jiribam-Imphal railway line project, battalion of Territorial Army-119 unit with assistance from the Ministry of Defence was deployed near the bridge site in March 2019. As the site of the bridge is remote, the access for man and machine was very difficult. Therefore, many times during the winter season, timely transportation of heavy girders have been done by custom made trucks.

The Jiribam-Imphal railway line will connect the Northeast state of Manipur to the rest of India through the Indian Railways network. The ambitious railway line project, which has been declared as a national project was taken up in the year 2008. The Jiribam-Imphal railway line project is expected to be complete by 2022 and will also boast Indian Railways’ tallest railway girder bridge (Bridge number 164) with a pier height of 141 metres, twice as high as Qutab Minar!