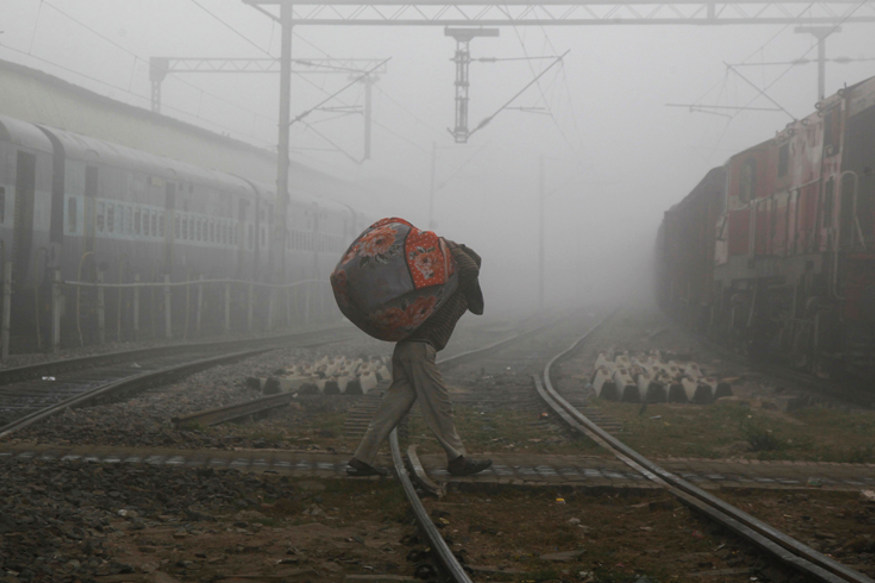 It’s approaching fog time again, threatening severe disruption of train services as is usual every winter, causing much inconvenience to passengers.However, the railways’ fog-preparedness still seems to inadequate as the much talked-about LED fog lights and other technology in locomotives of north-bound trains — aimed at increasing visibility for train drivers in adverse weather conditions — is still in the trial stage.

All north-bound trains get delayed for hours due to poor visibility during foggy weather, causing a ripple effect on the congested network. The dense fog forces drivers to slow down train speeds up to 15 kmph as a safety requirement — resulting in delays ranging between four and 22 hours.

Rattled by the massive disruption in services year after year in winter, the railways has initiated several steps to use technology to fight fog.

The steps include a Train Protection Warning System (TPWS), a Train Collision Avoidance System (TCAS), and a Terrain Imaging for Diesel Drivers (Tri-NETRA) System, with the latest one being LED fog lights to improve visibility so that drivers can maintain normal speeds.

However, while these tech-tools are still being tried, the use of the tried-and-tested crackers is still in vogue during fog.

Since drivers cannot see the signals due to the fog, crackers are put on the track ahead of the station. When the train passes over the crackers they burst and alert the drivers that a station is approaching.

“For us, the safety of passengers is of paramount importance. Even if a train is delayed, the passengers should travel safe. Since visibility drops, drivers cannot see the signals and take the risk of maintaining the normal speed. There are always chances of accidents during the fog because drivers fail to see signals,” said a senior Railway Ministry official involved in safety who was not authorised to speak to the press.

The TPWS, based on the European system, and the indigenously-developed TCAS enable the driver to see the signal in his cabin through a cab signalling system. Even in dense fog or heavy rain, the driver easily sees the signals in his cabin and accordingly maintains speed. The system incorporates an automatic braking system in case the driver fails to do so manually in the event of an emergency.

However, only 35 locomotives are equipped with the TPWS system for trials. Besides, some EMUs on the Chennai suburban network and the Kolkata Metro are TPWS compliant.

With TCAS, drivers get a real-time display of signals inside the cabin, This traces the location of the train through the distance traversed through RFID (Radio Frequency Identification) tags installed on the tracks and transmits the signal to all other trains in the vicinity.

The Tri-NETRA system enables the driver to view the terrain on a computer installed in the cabin.

However, all these systems are in the pilot stage.

As for the LED fog lights, the Research Designs and Standards Organisation (RDSO) of the railways is currently finalising their specifications on these.

The railways expects that once these systems are installed, it will help in enhancing the vision of locomotive drivers in difficult weather conditions, such as fog, heavy rains and during the night time so that they have enough time to react to an emergency.