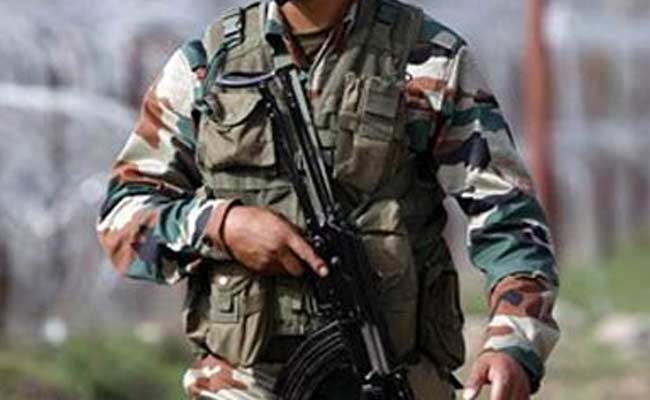 A senior officer of the Border Security Force, or BSF, on his way home from the Indo-Bangladesh border has been caught with cash to the tune of 45 lakhs in Kerala. The Central Bureau of Investigation team that arrested the officer when he got off a train at the Alleppey railway station in Kerala said he had saved the money from the bribes collected from cross-border smugglers.

Jibu D Mathew was a commandant with the BSF, the paramilitary force that is entrusted with guarding the borders with Pakistan and Bangladesh. He had been detained yesterday but was formally placed under arrest early today morning.

The officer commanded one of the 82 battalions – each has an average strength of about 1,000 jawans – that are deployed along the 4,093 km-long border with Bangladesh. The battalion that Mr Mathew led was entrusted with the border around Berhampur in West Bengal.

BSF officials posted at the international borders have been accused of connivance in the past too but this is a rare occasion where such a senior officer has been arrested.

According to the case registered by the CBI, the anti-corruption probe agency had received a tip-off that the officer, who was going home on leave, was carrying around 50 lakhs in his bag.

The CBI also boarded the Shalimar Express train at Ernakulam station, some 60 km short of his destination, and caught hold of him as soon as he got off.

During his search in the presence of railway officials and the witness, the team found 18 bundles of currency notes of Rs. 2,000 denomination totalling 34.4 lakhs and 22 bundles of Rs. 500 notes amounting to around Rs. 10.8 lakh. The currency notes were concealed under clothes in the blue trolley bag, the CBI FIR alleged.

“On examining Jibu D Mathew about the source of the cash, it was found he got the money from smugglers operating at the India-Bangladesh border as illegal gratification for favours he extended to them”, according to the FIR.