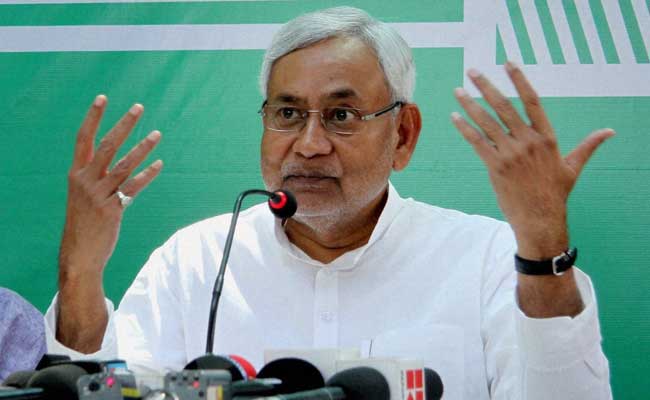 Chief Minister Nitish Kumar has said he would meet Railways Minister Piyush Goyal to discuss the future of a proposed diesel engine factory in Bihar’s Chhapra. The project — billed as the country’s biggest Make in India project — may slip out of Bihar’s grasp, reports say, with the railway ministry toying with the idea of shelving the 3000-crore initiative that’s expected to roll out by October 2018.

The ministry is of the view that since electrification of railway tracks going ahead full steam, investment in diesel engines would not pay off in the coming years, reports said. Mr Kumar, who has handled the railways portfolio twice, disagrees.

Indian Railways is the third largest railway network in the world and full electrification of the 1.1 lakh-km tracks will take a long time, Mr Kumar argues. Till then, having fuel-efficient diesel engines will be cost-effective. Besides, once full electrification is done, India may even sell the diesel engines to neighbouring countries that are yet to modernize their railways, he said.

The factory at Marhaura, billed as the biggest Make in India project is expected to roll out 1,000 fuel efficient diesel-electric evolution series locomotives within 10 years. The emissions-compliant diesel locomotives would be a first in the country. Besides ushering in modern rail infrastructure, it would also generate at least 1,000 jobs in the state.

The project had been the brainchild of then railway minister Lalu Yadav, who wanted to build a state-of-the-art factory. But it went into cold storage and was later revived by the Narendra Modi government.

In 2015, the project was awarded to the US multinational General Electric, which has already built two locomotives in its US-based factories. The first engine has been shipped and it will arrive in India on October 10. Sources in the company said if all goes well, the factory in Patna may be commissioned much before its scheduled date.

A few months ago, Mr Goyal, who was then the Union Power Minister, also put a 4000 MW ultra-power project in Bihar’s Banka on hold, saying unless the state entered a power purchase agreement, the Centre would not sanction funds to start work. The project had been given to state in the Prime Minister’s package announced just before assembly elections in 2015.