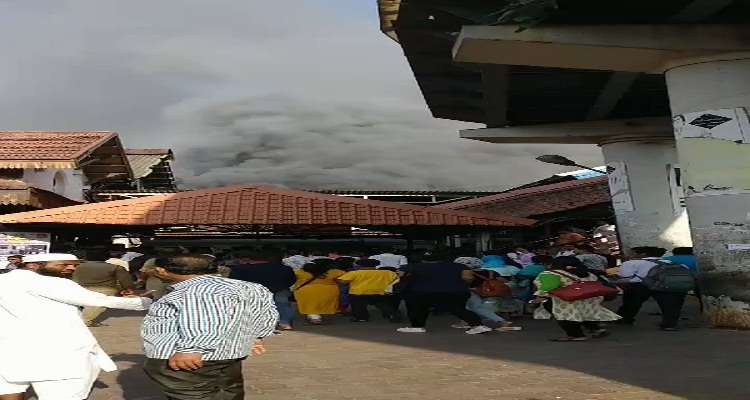 The overhead pedestrian bridge at the Bandra station, one of Mumbai’s busiest, was engulfed in flames at rush hour after a fire erupted in a slum nearby. Four residents of the slum and one fire-fighter were injured.

Trains, however, were not affected according to officials of the Western Railways.

16 fire engines and nearly as many water tankers were used to fight the fire, which began at 3.15 pm in the Behrampada slum; the sky was filled with smoke at Bandra, the trendy western suburb of the financial capital, till nearly 6.30 pm.

A part of the sky-walk near the eastern exit of the large station collapsed after it caught fire. The western entrance was kept functional. As a precaution against a stampede, security personnel were posted across the station to prevent large crowds from gathering.

Mid-day reported that the fire erupted after gas cylinders exploded during a huge demolition drive in the slum this afternoon.