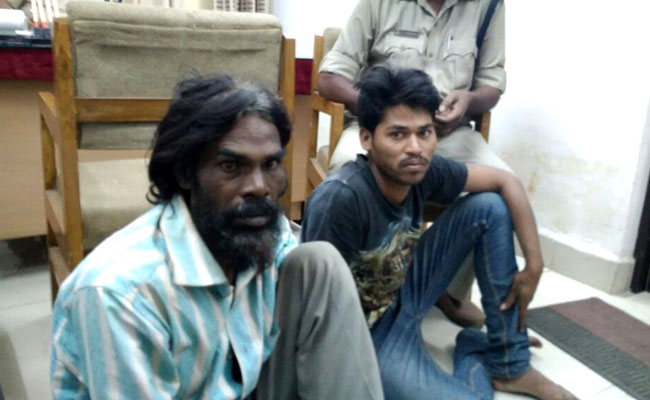 A 19-year-old student in Bhopal, studying for the Indian Administrative Service (IAS), was tied up and gang-raped for three hours on Tuesday in the busiest part of the city by four men who took tea and gutka (tobacco) breaks in between. Prolonging the horror, the police allegedly sat on the woman’s complaint for hours and refused to investigate until she and her parents found two of the rapists and dragged them to the police station.

The first police officer the woman and her parents approached allegedly accused her of making up a “filmy” story. Sub-inspector RN Tekam has been suspended, said senior officer Dharmendra Singh, admitting an appalling 11-hour delay in filing a case. Today, five more police officers were suspended after Chief Minister Shivraj Singh Chouhan, amid outrage and protests, met with senior officials.

The police have also been accused of keeping the crime under wraps because it took place on a day it was preoccupied with the Madhya Pradesh founding day celebration.

The woman was assaulted near the city’s Habibganj Railway station, and just about 100 metres from a railway police post. She usually took a train from the station to her hometown about an hour away, after her coaching classes for the IAS.

That evening, the police say, she decided to take a shorter route when around 7 pm, she was grabbed by one of the accused, Golu Bihari, who is out in bail in the murder of his daughter. Golu and his brother-in-law Amar Bhuntu were drinking when they spotted the woman and dragged her towards a deserted culvert.

As the woman kept fighting her attackers, they hit her, tied her up and raped her. In her complaint, the woman says Golu Bihari left to get cigarettes and tobacco, leaving Amar with her.

The woman says she asked for clothes as hers were torn. Golu Bihari allegedly got clothes, but returned with two more men.

Till 10 pm, the four men took turns to rape the woman, say the police.

When she was finally allowed to leave, they took away her earrings, watch and phone.

The woman walked to a railway police post at the Habibganj station and called her parents – both in the security forces. The next morning, her father took her to a police station, and was redirected to two more.

When the family was returning from the Habibganj police station, the woman spotted Golu and Amar near the spot where she was raped. The family chased the two and handed them over to the police. Embarrassed, the police arrested the four rapists and are inquiring into the conduct of their own.