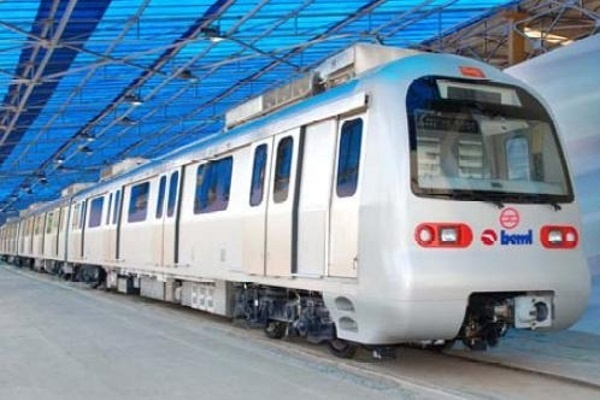 “Metro has become very popular now. Our ridership has reached four lakh per day. Please give us all 150 coaches by June 2019. We will try and integrate the new set of coaches into the existing trains soon so that it can be dedicated to the public,” he said.

Jain also said an exclusive coach for women would be introduced shortly.

“The first coach of every train will be reserved for women after the integration. But on an experimental basis we will allow women to enter the first two entrances and then the others from March 1,” he said.

Bengaluru Development Minister K. J. George said the number of people travelling by Bangalore Metro on its 45 km of Phase I had increased manifold.

He also said the BMRCL had to earlier import metro coaches from abroad earlier, but now it was being manufactured locally by PSU BEML.

George also said work on the extension of the metro was happening at a rapid pace in places such as Kanakapura Road, Kengeri and Whitefield and the inconvenience caused due to it would be unavoidable.

About the suburban rail project, he said there was a delay in getting coaches from the Railways and the task could be handed over to BEML as it had the capacity, which could reduce the delay.

“It would be good if the Centre also pitches in 50-50 for land acquisition,” he said.

Bengaluru Central MP P. C. Mohan said with clearance coming for the suburban rail project for the city, Bengaluru’s roads could be decongested by up to 25% by easing the roads from traffic along with the metro.

Hopes of travelling in a less crowded Namma Metro train could soon be a reality. With BEML Ltd. handing over the first intermediate car unit to Bangalore Metro Rail Corporation Ltd. (BMRCL) here on Wednesday, the rail corporation said six-coach trains would be put to public use in about two months.

BEML is expected to hand over all the 150 cars to the BMRCL by June 2019, which will result in six-car trains. This is expected to double the passenger-carrying capacity as metro trains at present have three cars.

The first set of three cars handed over on Wednesday was for the east-west Purple Line that runs between Baiyappanahalli and Mysuru Road.

Bengaluru Development Minister K.J. George said the new cars would have to undergo security checks first. “Namma Metro has become popular now with the ridership reaching around four lakh a day. But the coaches have to go through security checks before being dedicated to the public, which could take a month or two. Once the first set of cars get clearance, the remaining ones will be integrated faster,” he said.

BMRCL’s managing director Mahendra Jain said BEML would hand over six cars a month from June, and nine to twelve cars a month from September. “By June 2019, all the 150 cars will be handed over to us,” he said.

D.K. Hota, CMD, BEML, said the PSU was committed to de-congesting Bengaluru. “BEML has 47% of the market share in metro coaches. We would be happy if greater reliance is placed on us. BEML has the capacity to make 30 cars a month as we have three lines (one line can accommodate three cars),” he said.

Mr. Hota also said the cost of manufacturing the cars had come down. “It has come down by at least 15 to 20%. When the cars were delivered the first time, one coach cost ₹11.5 crore. Today, it has come down to ₹8.9 crore,” he said.

Union Minister Ananth Kumar assured BEML that disinvestment of the PSU would not be allowed. He said the HAL airport should not be allowed to remain as it is, keeping in mind the fact that Bengaluru is the aerospace hub.

“It should be made the maintenance, repair and overhauling centre of the country,” he said.

After promising that the first of the six-coach trains will be reserved for women, BMRCL’s managing director Mahendra Jain said until the new coaches are integrated into the existing three-coach trains, they will experiment with prioritising entry and exit of women in the first two entrances of trains from March 1.

“The first coach of every train will be reserved for women after the integration. But on an experimental basis, from March 1, we will first allow women to enter the two entrances, and then let in the others,” he said.

Another ambitious mass transport project — suburban rail — found its way into the discussion on Wednesday.

Bengaluru Development Minister K.J. George said there was a delay in getting coaches from the Railways and suggested that the task could be handed over to BEML as it had the capacity, thereby bringing the project closer to reality sooner. “It would be good if the Centre also shares the cost of land acquisition with the State government,” he added.

D.K. Hota, CMD, BEML, said the PSU would be able to fulfil the demand as it could manufacture up to 800 railway coaches in a year at its plants in Kolar, Bengaluru, and Palakkad.