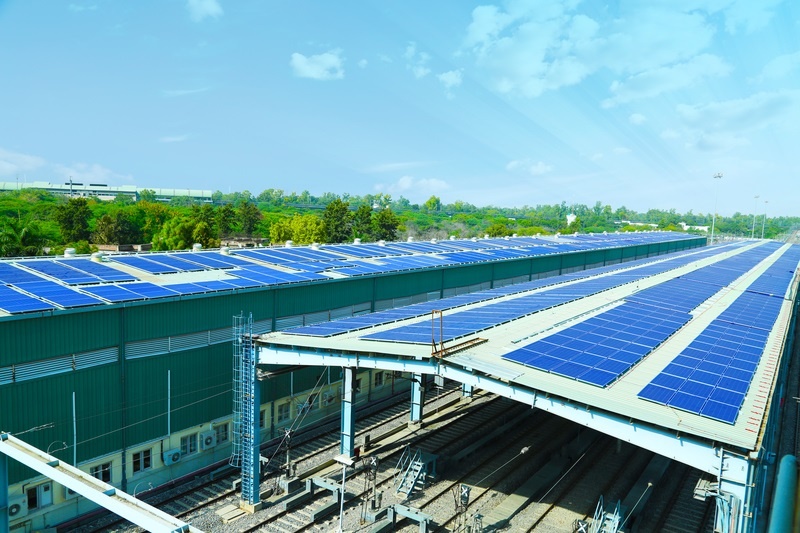 Azure Power (NYSE: AZRE), a leading solar independent power producer in India, announced that it has won an additional 20 MWs of solar rooftop projects for Indian Railways, the largest rail network in Asia, owned and operated by the Government of India through the Ministry of Railways. With the new allocation of 20 MWs, Azure Power has become the largest supplier of solar power to Indian Railways with a cumulative awarded capacity of over 66 MWs which includes the 46 MWs of capacity won earlier this year. Azure Roof Power will be used to provide power for 25 years to various Indian Railway facilities across 17 states and union territories. The power will be sold at a tariff range of INR 3.64 – 4.49 (US$ 0.06- 0.07) based on location. In addition, Azure Power qualifies for a capital incentive from Indian Railways which is expected to result in a weighted average levelized tariff of INR 4.88 (~US $0.08) per kWh.

Commenting on the occasion, Mr Inderpreet Wadhwa, Founder, Chairman and Chief Executive Officer, Azure Power said, “Azure Roof Power offers tremendous value to our customers across various segments. We are pleased to expand our Azure Roof Power platform with Indian Railways. With this win, we have once again demonstrated our strong project development capabilities and are delighted to make this contribution towards realization of our Hon’ble Prime Minister’s commitment towards clean and green energy, through solar power generation.”

Azure Power (NYSE: AZRE) is a leading solar power producer in India with a portfolio of over 1,300 MWs across 23 states/union territories. With its in-house engineering, procurement and construction expertise and advanced in-house operations and maintenance capability, Azure Power provides low-cost and reliable solar power solutions to customers throughout India. It has developed, constructed and operated solar projects of varying sizes, from utility scale to rooftop, since its inception in 2008. Highlights include the construction of India’s first private utility scale solar PV power plant in 2009 and the implementation of the first MW scale rooftop project under the smart city initiative in 2013.

This press release contains forward-looking statements within the meaning of Section 21E of the Securities Exchange Act of 1934, as amended and the Private Securities Litigation Reform Act of 1995, including statements regarding the Company’s future financial and operating guidance, operational and financial results such as estimates of nominal contracted payments remaining and portfolio run rate, and the assumptions related to the calculation of the foregoing metrics.

The risks and uncertainties that could cause the Company’s results to differ materially from those expressed or implied by such forward-looking statements include: the availability of additional financing on acceptable terms; changes in the commercial and retail prices of traditional utility generated electricity; changes in tariffs at which long term PPAs are entered into; changes in policies and regulations including net metering and interconnection limits or caps; the availability of rebates, tax credits and other incentives; the availability of solar panels and other raw materials; its limited operating history, particularly as a new public company; its ability to attract and retain its relationships with third parties, including its solar partners; its ability to meet the covenants in its debt facilities; meteorological conditions and such other risks identified in the registration statements and reports that the Company has filed with the U.S. Securities and Exchange Commission, or SEC, from time to time.