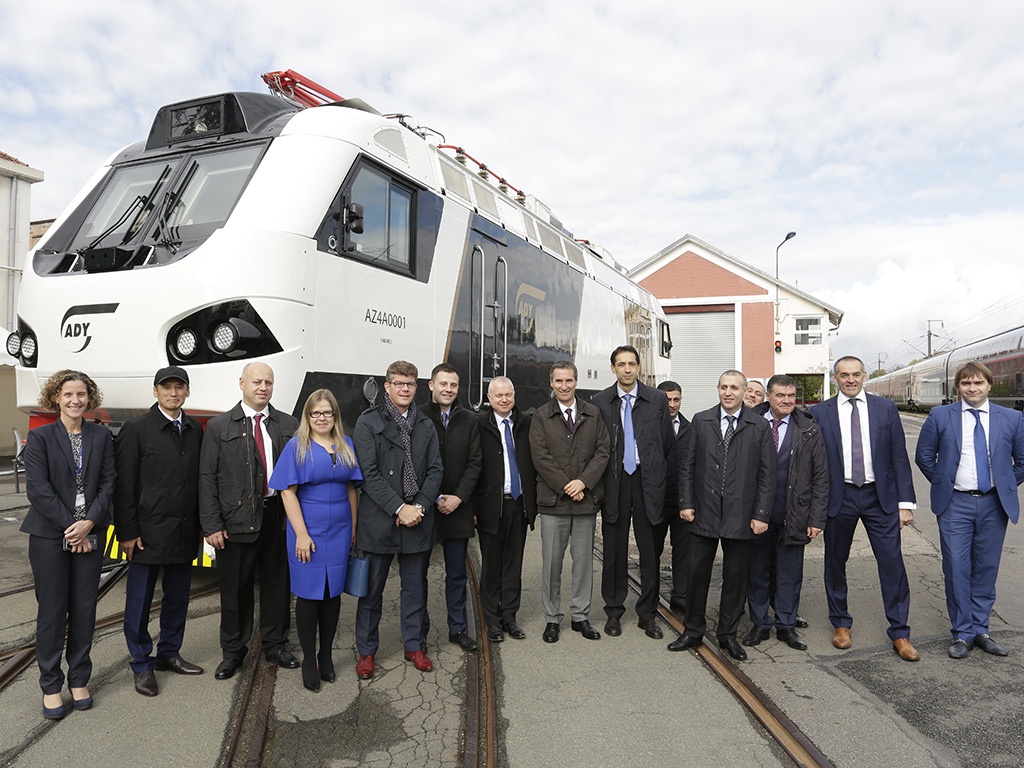 The first of 10 Prima M4 electric passenger locomotives for national railway ADY was unveiled at Alstom’s Belfort factory in France on October 9.

Alstom is building the 10 Type AZ4A passenger locomotives under a contract awarded by ADY on May 12 2014. The AZ4A is part of the manufacturer’s Prima M4 family, adapted to meet ADY’s specifications and the 1520mm-gauge locomotive is certified in accordance with Euro-Asian Council for Standardisation, Metrology and Certification GOST standards. The locomotives are intended to operate at a maximum speed of 160 km/h under 3 kV DC on the north–south corridor and 25 kV 50 Hz electrification on the east–west corridor.

The AZ4A is designed to offer longer intervals between servicing than older ADY locomotives, with lower power consumption and maintenance costs.

‘We are very pleased to deliver our first multipurpose Prima locomotive to Azerbaijan and become a part of ambitious projects to increase transit links between the Black and Caspian seas and between Russia and Iran’, said Bernard Peille, Alstom Managing Director for Western & Central Asia Cluster. ‘This technologically tailor-made product is the result of a solid relationship of trust between Alstom’s and ADY’s project teams.’

In May 2014 ADY awarded Alstom a €288m contract to supply 50 type KZ8A double-unit electric freight locomotives, but the order was amended to 40 freight locomotives and 10 passenger units the following year. The order was financed through a loan from a consortium of Societe Generale, BNP Paribas and the French branch of HSBC.