All Trains To Northeast Stopped Till August 20 Due To Flood: Railway Official

Aug 17, 2017 Posted by Indian Railways Updates Indian Raliways News Comments Off on All Trains To Northeast Stopped Till August 20 Due To Flood: Railway Official 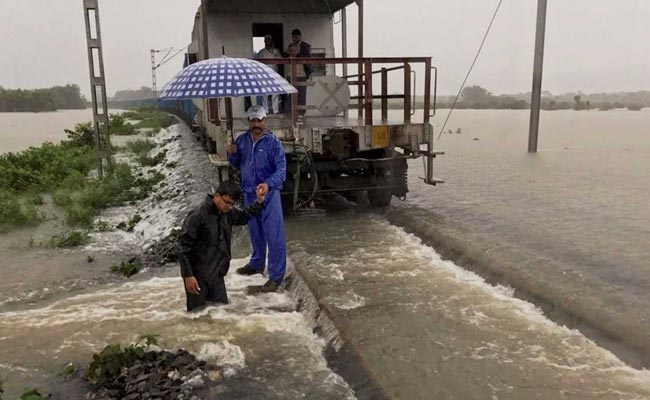 All trains to the Northeast from rest of the country have been cancelled till August 20 after rail tracks were damaged due to floods in Assam, West Bengal and Bihar, officials said today. “The Railway Board has directed all zonal railways to cancel trains travelling from various parts of the country beyond Malda town and Katihar till August 20, 2017,” Northeast Frontier Railway public relations officer Pranav Jyoti Sharma said in a statement.

Rail connectivity in flood-hit areas in Bihar and West Bengal has been affected too. “However, virtually no accessibility to most of the damaged sites has affected the restoration work. Telecommunication network in the entire section is badly affected also,” Mr Sharma said in the statement.

A railway bridge between Maniyan and Kuretha was damaged by floods today morning, disrupting train communication between Katihar in Bihar and Kumedpur in West Bengal.

“This has further hampered mobilisation of materials to sites,” the railway official said, the railways has arranged special trains between Guwahati in Assam to Dalkhola in West Bengal and back.

“Water is still above danger level in sections like Dalkhola-Telta-Sudhani Barsoi-Raiganj and Balurghat-Buniyadpur. Restoration work is going on. Boulder, ballast and other materials are being arranged from various locations for being used in restoration work,” Mr Sharma said.

He said Northeast-bound rail passengers who earlier had to get down at Katihar station in Bihar have taken trains till Malda in West Bengal.

“On date, there are about 120 passengers, who are stranded at Guwahati station and railway administration is taking all necessary steps to extend all possible assistance to these people,” the statement said.