All SCR Stations to be 100% LED lit by Mar’18; Renewable & Conventional Energy resources need of the hour: GM/SCR

Dec 20, 2017 Posted by Indian Railways Updates Indian Raliways News Comments Off on All SCR Stations to be 100% LED lit by Mar’18; Renewable & Conventional Energy resources need of the hour: GM/SCR 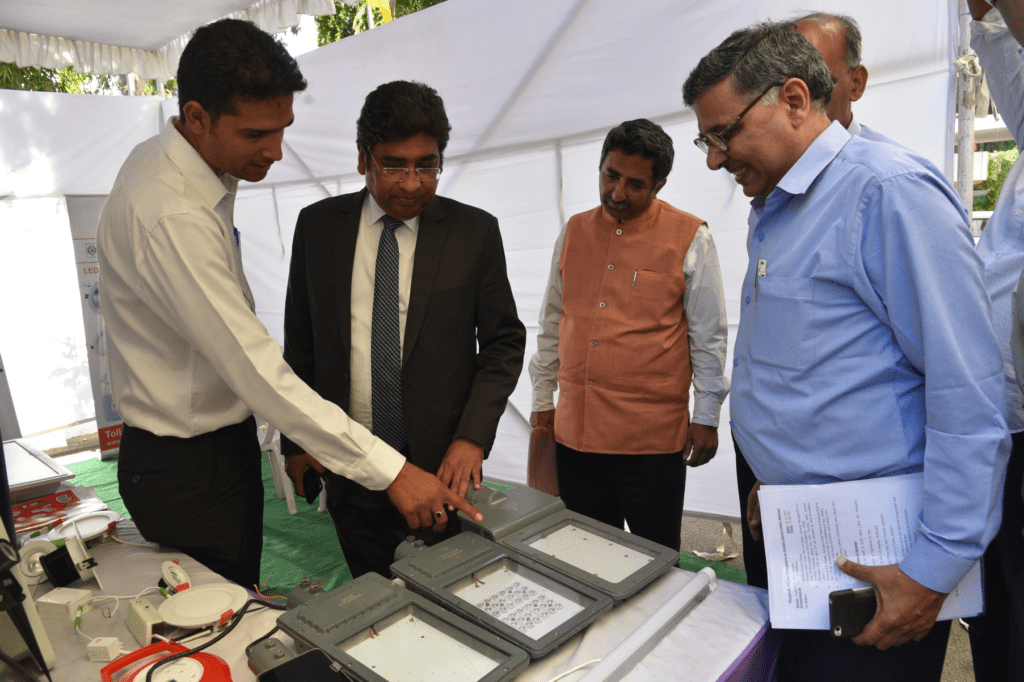 All Railway Stations on the jurisdiction of South Central Railway will be 100% LED lit by March, 2018 said Vinod Kumar Yadav, General Manager, South Central Railway. He was addressing the National Energy Conservation Seminar held at Rail Nilayam, Secunderabad today i.e., 19th December, 2017 as a part of the Energy Conservation Week being celebrated on SCR.

Giving an insight on the plans of South Central Railway in the aspect of energy conservation, the General Manager stated that the Zone is in the forefront in initiating energy conservation measures on Traction, Non-Traction and Diesel wings. The Zone has been a pioneer in installation of energy efficient gadgets as LED lighting, Brushless DC electric motor energy saving fans, inverter type AC’s etc., SCR is focusing on generating power from renewable resources like Solar, Wind and Day Light Pipe Technology etc., apart from saving with energy efficient systems to save conventional energy resources as part of environmental protection, the General Manager added.

Vinod Kumar Yadav stated that fossil fuel resources need to be saved since they will deplete over time, towards which the need is to augment the requirement by production of alternative energy sources. He informed that SCR has spent Rs.1027 crores towards electrical traction energy, Rs. 1725 crores towards diesel fuel and Rs. 107 crores for non-traction energy during 2016-17. He also highlighted measures adopted on SCR towards energy conservation. SCR has achieved 2.2% reduction in energy consumption.

John Thomas, Additional General Manager said that SCR is laying emphasis on implementation of several new initiatives on both electric traction and non-traction areas. He stressed on awareness of consumer in use of energy efficient devices and the big achievement in Ujala Scheme of Distribution of LED Lights.

A.A.Phadke, Principal Chief Electrical Engineer, in his address stated that SCR, which was awarded two prestigious National Energy Conservation Awards for the year 2017 by the Ministry of Power, Govt. of India, has imbibed the culture of energy conservation. The Zone is rated as the best amongst all the Zones on Indian Railways in terms of least specific energy consumption in two vital parameters covering the Electric and Diesel Traction. He stated that, Guntakal Division is the first Division on Indian Railways to complete 100% LED lighting of all the 157 Railway Stations under its jurisdiction.