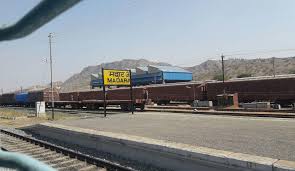 All 102 railway stations of Ajmer division have become eco-friendly by replacing conventional equipment of electrical devices with LED fittings.

In this drive 7,500 LED fittings were installed to save 3.31 lakh units of electricity costing Rs 23.32 lakh per year.

The division stood first in North Western Railway in this project.

Divisional railway manager Puneet Chawla said that ministry of railways had set the target to make every railway station eco-friendly by cutting power consumption till March 31 this year.

“We accepted the challenge and started removing conventional fittings from all 102 stations of Ajmer division and now LED lights are used,” said Chawla. He added that with the provision of energy efficient LED lights, Ajmer division will able to save 11 to 15 percent of annual energy consumption and will reduce carbon footprint by 303 tonnes.

At 63 stations of the division, conventional fittings were replaced by the railways and remaining 39 stations were covered by EESL company.