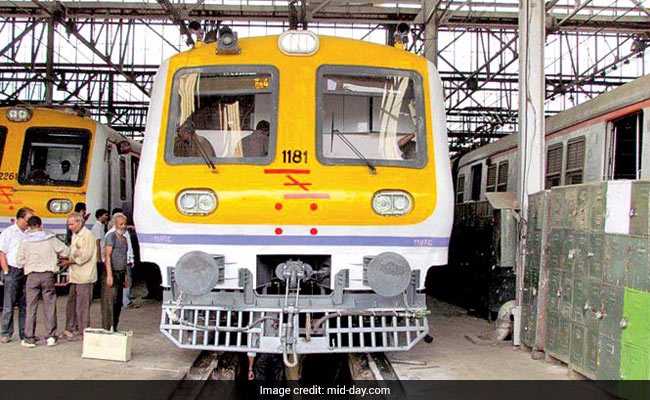 The dreams of a high-speed local train have crashed and burned. The special rake was supposed to have a running speed close to that of Gatimaan Express, India’s fastest train. But after pouring Rs. 60 crore and six years into building it and conducting trial runs, the railway authorities have finally admitted that the so-called high-speed train is barely faster than a regular local.

The Western Railway (WR) started testing the high-speed MRVC 1181 train in 2012, but all these years, officials remained tight-lipped on why it hadn’t been pressed into service. It is only now that the authorities have responded to RTI (Right To Information) queries, admitting that the Rs. 60-crore rake is a complete failure.

Mumbaikars were promised a train that would run at speeds of 140-145 kmph, close to the speed of Gatimaan Express (160 kmph). Instead, Mumbai’s fastest train has been dying a slow death as it sits abandoned at the Virar car shed. Its parts have been stripped and used on other trains that are in operation. Now, the officials have decided that the rake will run at the same speed as any other local – at a humble 80 kmph.

This information came to light through a series of responses this month to a commuter activist’s RTI applications to WR, the Mumbai Railway Vikas Corporation (MRVC), and the Lucknow-based Railway Designs and Standards Organisation (RDSO).

The reply from RDSO said that three trials were conducted, and the train failed at 140 kmph, which was the top speed for testing. RDSO’s response further explained that the train failed the trial runs because of a fault in the design of the bogie (the undercarriage and wheels).

While the high-speed rake looks similar to the other locals, it is the bogie that would have made all the difference. It’s frame and technology was bought from Siemens, Austria, as part of the R4,500-crore Mumbai Urban Transport Project (MUTP). The train would have cut down the travel time for longer distances to Dahanu, Karjat and Kasara by at least 20 to 25 minutes.

The train was rolled out by the Integral Coach Factory (ICF) in Chennai. The nine-car rake was filled with heavy bags of sand and debris during the test runs. “The bags were equal to the weight of a crowded train. Trials were conducted till a few years ago, but now the train has just been standing here,” said an official at the Virar car shed. The train has now been cannibalised, as most of its functional parts, like lighting, seating and other accessories, have been used as replacements for existing running trains.

Railway officials now claim that they had only planned to conduct trials with the rake, and it was never intended to be pressed into service. “There are limitations within the city for such high-speed travel, given the back-to-back line up of the trains in the saturated suburban system and the quality of tracks. But, it is easily possible outside city limits, at the Dahanu and Kasara-Karjat stretches. However, the tracks too need to be equipped to cater to such speeds,” said an official.

No officials were willing to speak on record about the project, and there was no explanation for why the authorities spent Rs. 60 crore on a train that was only meant to be used for trials. It seems all the more wasteful now, considering the success of the new Bombardier rakes, which are capable of running at about 110 to 120kmph, and cost nearly Rs. 10 crore less to make.