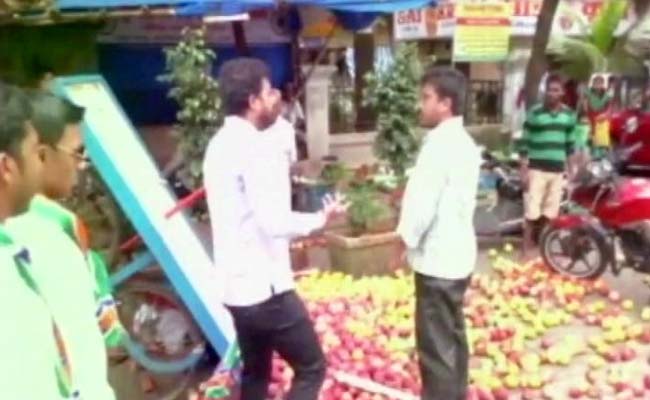 Thirty-six activists of the Raj Thackeray led Maharashtra Navnirman Sena (MNS) were today arrested by police for allegedly beating up and driving away hawkers from near the railway stations in Mumbai and Thane.

MNS had on October 5 given 15-days ultimatum to the railway administration and the police to clear the foot overbridges of illegal hawkers after the Elphinstone Road railway station stampede claimed 23 lives on September 29.

The party had warned that if the authorities fail to evict hawkers it would take the responsibility upon itself to remove them from the foot overbridges.

On Saturday, the Thane MNS unit had forcibly evicted the hawkers from Thane railway station. Today the police arrested MNS workers including its president Avinash Jadhav.

In Mumbai, MNS workers today organised protests and attempted to drive out illegal hawkers outside the railway stations, police said.

MNS activists in Mumbai Central area gathered outside the station and evicted illegal hawkers, police said. No formal complaint was lodged against MNS activists in this connection, an official from Nagpada Police Station said.

Following the the incident, the aggrieved hawkers approached Vakola police station and lodged a complaint against the MNS workers, the official said.

Acting on the complaint, police detained Mr Chitre and five others late last night and placed them under arrest today, the official said.

They have been booked for rioting and were produced in the court, the official said, adding further investigation into the matter is underway.