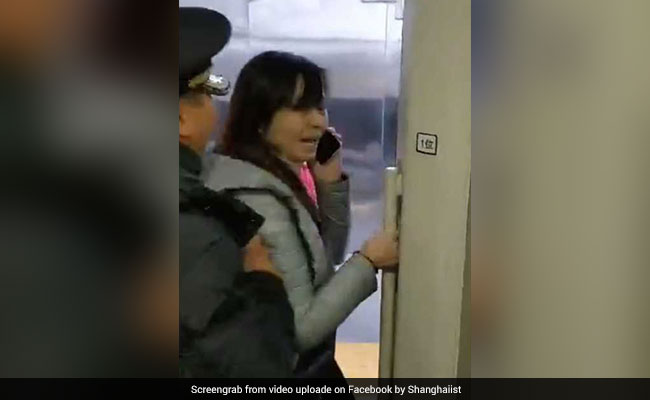 A woman in China has been fined 2,000 yuan for preventing a high-speed train from leaving the platform so her husband could board it, reports the Shanghaiist. A video of her altercation with the train conductor has gone viral on Chinese social media. The video shows the woman, identified as Luo Haili, standing at the train’s door at the Hefei Railway Station in Anhui Province. She refuses to budge as a conductor tries to persuade her to stop blocking the door and allow the train to leave.

The woman, who insists that the train wait a little longer for her husband, was later taken into custody. The train left the station after that, late by a few minutes.

“I thought the train was stopping at the station for 10 minutes. There were 2 minutes left, is that not enough time to get on the train? My husband only needed 10 seconds to come down, then it would have been no big deal. At the time, wasn’t I only trying to get him come down. Did I do something wrong?” said Luo Haili in an interview later, according to the Shanghaiist.

Her video angered netizens in China who thought a fine of 2,000 yuan (approximately Rs. 19,500) too little. “Do you think that a high-speed train is your own personal car?” asked one Weibo user.